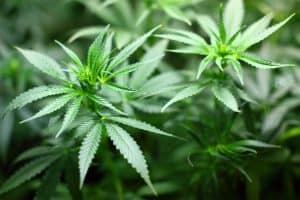 Much like politics, religion, movies, books, and just about every other controversial subject, CBD as an industry and as a new medical phenomenon, had a rocky 2019.

This year was characterized by the clash of titans, so to speak, namely, the FDA and Big Pharmacy vs. the emerging CBD industry. This battle wasn’t public and certainly not social media-friendly (unlike every other conflict on earth, which seemed to explode all over Facebook, Instagram, and Twitter), but we felt the waves even when the juiciest gossip was kept behind closed doors.

For months Congress pressured the FDA to release regulatory guidelines for CBD supplemental products, even going so far as to request an explanation as to why they were delaying and a timeline of when the process could move forward. They called this motion a request for “emergency guidelines”.

It appeared that the FDA would compromise, especially after reviewing a public docket of consumer comments in the summer. The agency gave word it would decide on CBD products in the last quarter of the year.

The FDA hardly responded at all. The agency hosted press conferences, reiterated their default position (essentially that no one knows what CBD can do yet), and even had a major shift behind the scenes when Commissioner Scott Gotlieb resigned.

Gotlieb, despite receiving good feedback for covering a wide range of health activities, kept a balanced view of liberal and conservative issues. However, he left by summer, citing family issues as the cause.

Later in the year, the FDA turned up the heat on the fledging CBD industry by issuing cease-and-desist warnings to a number of companies that were “illegally advertising CBD-infused products.”

The agency complained CBD-infused products are not legal (though hemp remains legal) because:

While these are legitimate concerns, not everyone expected the FDA to counteract inquiries so aggressively. They went from saying:

“We’re not sure what CBD does…”

The FDA reiterated data that suggested long-term use could cause elevated liver enzyme production, which increases the risk of liver disease.  This effect had been observed in Epidiolex trials, the FDA’s legal CBD drug prescribed for certain kinds of seizures, but data was very limited in studying the effect on humans in much smaller infusion-style doses.

One of the recurring lessons CBD activists learned this past year was that governmental agencies are very nervous about allowing CBD use for recreational purposes. Ironic, since the acting commissioner Amy Abernethy claimed that CBD might not have any medicinal value.

But if that were the case, what would be the harm in using it recreationally? That’s when governmental agencies and many high-profile magazines went on the attack, citing polls suggesting that CBD users were ignorant of the studies and oblivious of the risks.

Perhaps the CBD industry itself found a loophole. They couldn’t legally sell their infused products as cures, treatment, or even pet remedies because the FDA rejected all mice trials and preliminary studies on the drug as evidence. Not coincidentally, future trials were limited since there was no federal support for studying cannabis products in human trials.

However, as CBD products slowly make its entrance into the medical field, it is also being removed as a substance for relaxation and pleasure – at least according to new reports coming out of Oregon, a cannabis-friendly state that has banned CBD-infused alcoholic beverages.

The reason for the ban is because the Oregon Liquor Control Commission could not determine what effects combining CBD and alcohol might have on users. Not only are stores supposed to pull CBD-infused alcoholic beverages from the shelves, but restaurants cannot serve CBD cocktails on the menu until further notice.

The Law Comes to the Rescue…of Nobody

CBD confusion only increased the number of drug-related arrests, namely police officers arresting consumers for possession of a cannabis product that might have exceeded maximum THC levels. Stores were also raided for selling “banned” items. Many of these charges were eventually thrown out when officials discovered that proving THC levels would be difficult without comprehensive lab studies.

Consumer lawsuits were also filed against CBD companies for the first time this year, though class-action lawsuits are usually pushed into motion by law enforcement or governmental agencies – proving once again the FDA is leading the resistance of complete CBD legalization.

The FDA Finishes 2019 with a Threat

The government agency ends 2019 by issuing more warnings to 15 CBD companies, stating they are in violation of the Food, Drug, and Cosmetic Act, and explicitly state CBD is “not generally safe for use in plant or animal food.”

Some speculate that the agency’s true motive is suppressing the new market until personnel can figure out a way to market CBD health products independently of the CBD medical drug, which was already patented, and is already proving profitable to GW Pharmaceuticals who launched Epidiolex.

In order for CBD to be legally sold as both a dietary supplement and a food, congress would have to re-write the law. Secondly, if the FDA allows companies the complete freedom to sell CBD as OTC dietary or tropical products, sales of the prescription form of CBD would probably plummet.

Bad news for the industry finally started to affect CBD stocks in December, with many top companies finishing the year with a drop from 3-8 percent)

The Battle Tomorrow Will Bring

While small CBD companies seem to be getting muscled out of the way, big pharmacy actually has strong competition coming from new brands who hope to sell CBD topicals and supplement products from their stores. From Wal-Mart to Walgreens to Kroger, to even soft drink brands, are hoisting their flags and getting ready for 2020 and beyond.

Smaller companies have also been finding innovative ways to market CBD products without any reference to a health boost, or THC intoxication. Instead, companies like Bravura are calling it a lifestyle product, one that offers good feelings and enhanced mood. Other companies have reached out to police officials by holding a press conference to explain their products and open communication lines with police and other community officials who may have questions about legality.

While CBD marketers get more creative in advertising and distribution to avoid FDA interference, so too are law enforcement and government agencies finding clever ways to remove various CBD products from the shelves. The “cold war” against CBD may well continue into 2020, especially with a new FDA Commissioner taking the lead, and a new law that provides funding for FDA enforcement and research on CBD / hemp.

Meanwhile, consumers continue to pick up legal but frowned upon CBD drinks out of curiosity, in hopes of a Merry Christmas.

Oregon even banned CBD alcoholic beverages. In fact, many states allow recreational cannabis but have many anti-CBD laws in effect.

The year 2020 will begin with a congressional move to both investigate and research CBD, while also enforcing laws where they exist.

Previous Post Canada’s winning — and mostly, losing — cannabis markets of 2019
Next Post CBD Daily Products | How to Find the Best CBD Product for You