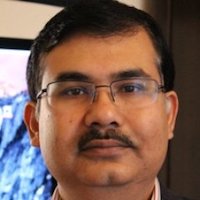 While cannabidiol (CBD) products are emerging as popular treatments to reduce chronic pain and inflammation, a new clinical trial will test whether they are safe to use to eliminate Parkinson disease-related psychosis symptoms.

A team, led by Sagnik Bhattacharya, MD, PhD, professor of Translational Neuroscience and Psychiatry at King’s College London, announced they will be conducting a phase II clinical trial testing the safety and efficacy of CBD to alleviate psychosis symptoms characterized by hallucinations and delusions.

There are not currently any medications available in the US or the UK to manage psychosis symptoms specifically for Parkinson disease patients.

Hallucinations are generally managed with the removal of the medication used to treat the Parkinson disease.

Doctors occasionally prescribe antipsychotic drugs should the symptoms persist. However, this class of drugs can result in worsened motor symptoms and side effects.

The new trial, which represents the first ever large-scale trial testing CBD for Parkinson patients, is expected to begin with a 6-week pilot to assess the safety, tolerability, and effectiveness of pharmaceutical-grade CBD in people with Parkinson-related psychosis.

In the trial, each patient will be delivered up to 1000 mg of CBD per day orally in capsules, in an effort to discover the optimal dosage needed to treat symptoms.

In the second stage of the trial, 120 people with psychosis will take part in a 12-week double-blind, placebo-controlled study.

Next, the team will assess psychotic, motor, and non-motor symptoms for both the group that receives the CBD compound and that receives the placebo. Brain imaging will also be used to investigate the effects of CBD.

“This trial will provide evidence of the value of CBD to treat the symptoms of hallucinations and delusions in people with Parkinson’s,” Arthur Roach, PhD, Director of Research at Parkinson’s UK, said in a statement. “This could result in a regulated cannabinoid-based medicine being prescribed and used in the clinic, as opposed to self-administration of expensive supplements that have not been monitored for their composition or effects.”

Recruitment is expected to begin early in 2020.

According to Bhattacharya, current treatments for psychosis work by blocking dopamine receptors, which can increase the problems patients with Parkinson disease experience in regard to movement and other symptoms.

“We will be assessing how safe CBD is for people with Parkinson’s, what the correct dosage is and how it is tolerated alongside the different medications someone with the condition may already be on,” Bhattacharya said in a statement. “The study will also look at the effect of CBD on other symptoms which will pave the way for scientists to investigate the potential of the compound in treating these in future studies.”

In a pair of recent confidential surveys, individuals with Parkinson disease in the UK said they would continue to use or start using cannabis-derived products if robust evidence became available that they are safe and effective in treating and managing symptoms related to the disease.

The investigators found that 59% of the 1660 people with Parkinson disease who responded to the surveys haven’t used cannabis-derived products before but would consider using them to control their symptoms, while only 16% of the responders who haven’t used CBD products said they would not be willing to use them in the future.

From online to outdoors, how stoners are celebrating 420 amid COVID-19

Why are seniors flocking to cannabis and what are they using it for?

From online to outdoors, how stoners are celebrating 420 amid COVID-19

Why are seniors flocking to cannabis and what are they using it for?