The Federal Reserve Bank Of Kansas City recently issued a report looking at Colorado’s marijuana market, ultimately concluding that the cannabis industry is primed to continue to grow as public support for legalization increases, although perhaps not quite at the rate seen in the early years of the policy change’s implementation.

The central bank district had analysts examine various aspects of Colorado’s legal system over the past six years, including employment rates, taxes, business licenses and sales data. In their report, the authors identify “signs of maturation” as the market has stabilized over time.

Overall, the analysis—published in the reserve’s Rocky Mountain Economist late last month—observes that while the industry boomed in the initial years after the state legalized marijuana for adult use, there’s been a leveling off when it comes to sales, licenses and jobs in the state’s cannabis market. 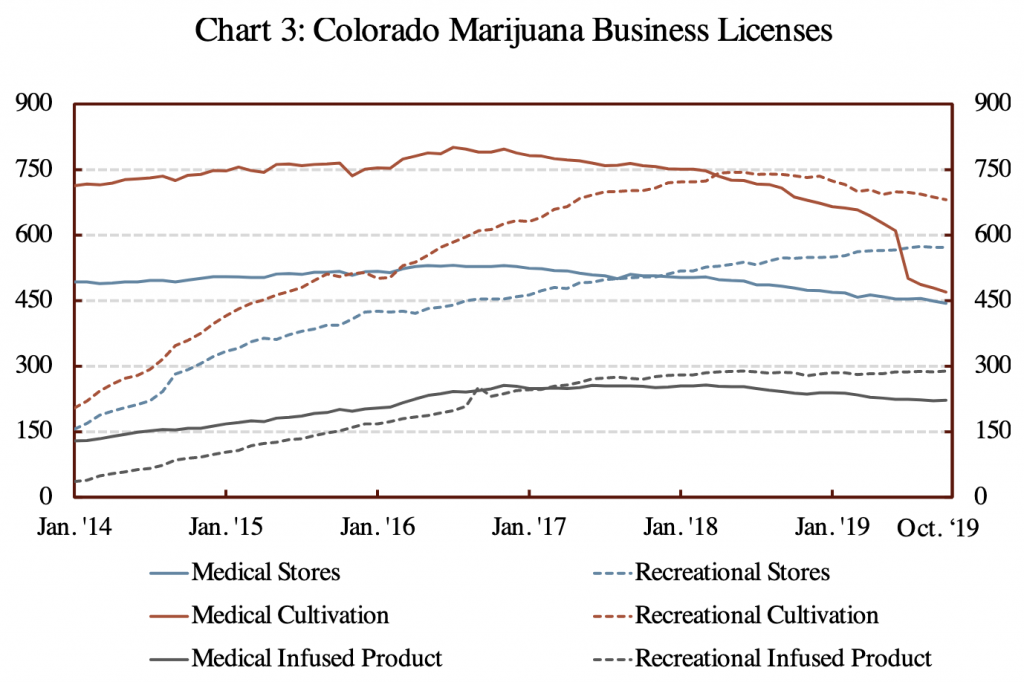 Tax revenue has continued to rise, helping to fund public service programs and the state’s general fund, but the Fed report’s authors write that experts don’t anticipate the rate of that growth can be sustained in the long-term if sales continue to steady. 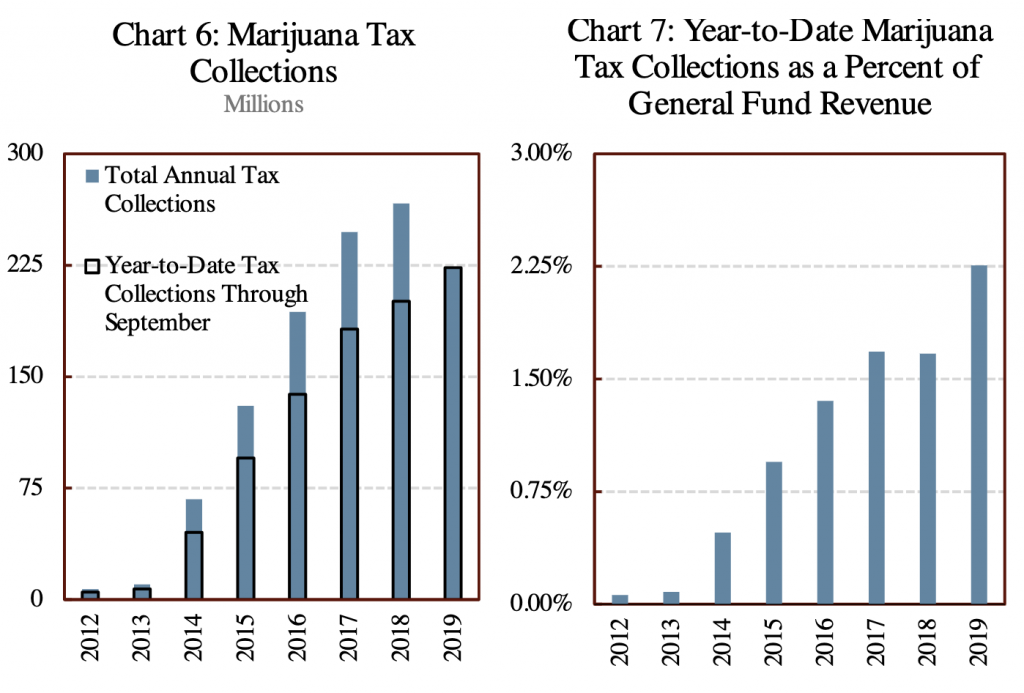 The federal bank also explored the “potential costs of marijuana legalization,” determining that after an initial spike, rates of youth consumption have “recently dropped below pre-legalization levels.” Cannabis-related crimes have also dropped off “due largely to a significant drop in marijuana possession offenses,” the report states. However, it finds that “there still are signs” of the illicit market operating in the state.

“It is important to continue to highlight that Colorado’s legalization of marijuana, as well as that of other states as mentioned earlier in this article, conflicts with federal law,” the authors write. “This continues to create challenges for marijuana businesses, including access to the payment and banking systems.”

That point about banking complications is especially relevant. While members of Congress may have diverging views on cannabis reform in general, there’s a growing, bipartisan consensus that the lack of access to financial services for state-legal marijuana businesses creates an untenable situation.

It has been nearly 6 years since the first recreational #marijuana storefronts opened in Colorado. We examined the economic impacts of the marijuana industry in Colorado and evaluated signs of maturation within this industry. Read the report: https://t.co/Sunlyedyz8

The head of the Kansas City Federal Reserve Bank discussed the issue during an American Bankers Association summit last year, stating that the country must “get reconciliation across federal and state law ultimately to make this work” and “in the meantime, you’re going to have some of these challenging situations.”

A bipartisan bill to achieve that reconciliation was approved by a wide margin in the House in September. However, while the chair of the Senate Banking Committee has expressed interest in taking the legislation up in his chamber, he recently proposed changes that advocates view as unworkable, such as making financial services available only to marijuana businesses that sell cannabis products with a maximum THC concentration of two percent.

In the new report’s conclusion, the authors write that while “Colorado’s marijuana industry continues to expand, economic indicators in this sector are showing early signs of nearing a longer-term equilibrium.”

“Though there still is room for growth, demonstrated by a spike in recreational marijuana sales during the summer months of 2019, the industry is unlikely to see rapid expansion in employment and business formation comparable to the growth during the first few years after legalization,” the report states. “That said, there are factors that may influence the pace of industry growth in Colorado, such as changes in marijuana legislation at the state and federal levels.”

“While it is unclear if marijuana ever will be legalized at the federal level, a 2019 survey released by Pew Research Center showed that an estimated two-thirds of adults in the United States support the legalization of marijuana, up from just one-third of adults at the turn of the century,” it continues. “This change in public perception represents a growing acceptance of the industry despite its potential costs.”

Federal Marijuana Reform Will Get Another Congressional Hearing Next Week