Eyes on California, as CBD-Infused Food Goes on Trial 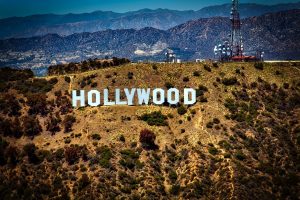 The State of California is debating whether or not to legalize hemp-derived CBD as a dietary ingredient, paving the way for infused foods and beverages, not to mention cosmetics. As it stands, although hemp is legal, dietary supplements containing cannabidiol remain suspended.

The CBD bill almost passed in 2019 but didn’t get the momentum required. Now in 2020, cannabis advocates are trying again, hoping that Governor Gavin Newsom signs California Assembly Bill 228 within a few weeks.

If passed, the bill clearly states that foods, beverages, and cosmetics made with industrial hemp should not be considered “adulterated” and that licensing and safety requirements must be introduced so marketing can begin.

If the law passes, it will be the first step in a nationwide battle to “unlock” the market, which is already reaching $23 billion despite questionable legality.

As of February 2020, any California store carrying infused CBD products may be in violation of the law, and or local health inspection code.

The California cannabis industry echoes sentiments by bipartisan lawmakers who want the same changes done on a national scale.

A group of lawmakers on January 13, 2020 introduced a new bill to amend the Federal Food, Drug and Cosmetic Act to include CBD products within the definition of dietary supplements. Not only would this create regulatory guidelines for CBD manufacturers and marketers, but would also fully legalize CBD-infused products.

The FDA and other governmental agencies have put pressure on media outlets and CBD stores to remove CBD dietary items from shelves, suggesting they’re “not safe” and have no proven benefits, until further testing.

However, the new bill comes as a direct result of the FDA ignoring warnings by Congress to study and create regulatory guidelines and market barriers for farmers engaged in hemp production.

CV Sciences meanwhile is busy contending with other legal issues in California.

CV Sciences is wisely tying in a legal complaint to the ongoing battle with the FDA. They have motioned to dismiss a lawsuit accusing their company of selling “illegal CBD products.”

The company argues that no one was hurt from the products and that the case is preempted by federal law since everyone is waiting for the FDA to formally clarify its position. Smart move…if the agency has yet to declare hemp or CBD illegal, but still insists certain marketing ventures are illegal, what law was actually broken and why is there liability?

CBD studies, while still promising, has not yet proven anything by the FDA’s criteria, which is what legalization is partly waiting on.

One study, however, suggests that CBD absorption can be drastically improved with a “self-emulsifying drug delivery system”. The Molecules journal states that with an SEDDS, CBD is absorbed into the human body without the need for additional oils, as is typical with marijuana.

The point of the study was that a more effective delivery system should be administered in order to produce health benefits. Otherwise, poor bioavailability (such as hemp extract with oil) could lead to diminished benefits for patients or consumers.

While some states and congress members fight for the CBD industry, others are more concerned with protecting customers from the harassment of employers and law enforcement. A new Tennessee bill aims to protect consumers who buy CBD for medical purposes but still endure harassment and discrimination.

Some employers fire CBD users simply for failing the THC test, which has a remarkably low threshold. Some tests auto-fail because the THC content is slightly above the legal limit, even though users are not high and haven’t bought any illegal drugs.

House Bill 2054 seeks to address the issue by raising the THC testing threshold from 50 to 150 nanograms per millimeter.

While legal battles mount, the “wild west” days of CBD continue with many brand name stores getting in on the billion-dollar industry. Some rather unexpectedly…

Grocery chain Publix might soon enter the CBD edibles industry, at least in Miami Beach. One store acquired the Hemp Food Establishment license required to sell hemp/CBD products, a first in the South Florida area. The chain would join other big names like:

Of all brand names to venture out into a wobbly but lucrative industry, Sports Illustrated might be the last brand one might expect to see. However, the parent company Authentic Brands Group announced their own intentions to release a CBD line under their own recognizable name.

Naturally, Sports Illustrated would target athletes, which explains why their first product will be CBD-infused recovery cream. A full catalog will come in 2020.

While new CBD products do intrigue the masses and have even shown anecdotal evidence of drug addiction treatment, athletes are among the most dedicated buyers. Probably because multiple athletic commissions have shown favor to CBD legalization over the years.

Most notably the World Anti-Doping Agency announced that all players would be permitted to use CBD, since it enhances the career longevity of athletes. Many world-famous athletes have publicly advocated the scientific evidence of CBD’s healing abilities, or in some cases, started their own CBD company.

Athletes swear by cannabidiol’s anti-inflammatory properties and pain-relieving ability. Their bodies are subject to countless hours of strain and abuse and CBD-infused products have shown advantages over prescription drugs.

The year 2020 promises to be a test for the thriving cannabis industry, but an exciting opportunity for growth as well. Hopefully, we will have a year where legal issues will get settled and more companies will enter the crowded market, thereby pressuring the FDA to give credence to the drug’s healing properties.

The more North American culture and the market accept cannabidiol as common and low-risk, the more likely full legalization will follow.

Lawmakers are introducing federal and state bills in an effort to help CBD companies and customers.

While brand names continue to enter a sure-bet market, CBD pioneers protest frivolous lawsuits, citing that the drug has caused no apparent harm to anyone.

Will California’s CBD-friendly laws (predicted around fall) precede the FDA’s federal laws that continue to stall?