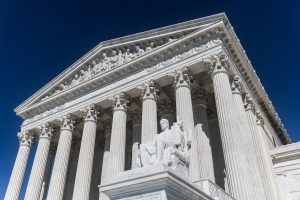 Colgate and Martha Stewart are among the newest major names to announce new CBD product lineups, taking no heed from recent cautionary FDA announcements. In January 2020, Colgate announced the acquisition of Hello Products.

TV personality Martha Stewart also made waves in the industry in 2020. Stewart previously made a name for herself in business and home decor but her reputation changed forever after running into trouble with the U.S. government.

Upon release from prison, she began to take up animal rights causes. Her new mission led her to join cannabis conglomerate Canopy Growth as an advisor, with the mission of helping bring to more CBD products for pets.

“We are already working on the development of a sensible line of CBD products for dogs, cats, and then horses and larger livestock. I am not keen on serving up pharmaceuticals.”

Meanwhile, the Food and Drug Administration asked for an additional five million dollars to research CBD and enforce regulatory guidelines. It was part of President Trump’s proposed budget for fiscal 2021 and is set to allocate $5 million “extra” to the FDA. The purpose of additional funding is to further research, regulate and enforce new CBD laws.

Some speculate that the specific mention of CBD may be a “buzzword” to watch for upcoming political campaigns. CBD and hemp regulation will certainly be an issue, as there is a bipartisan movement by Republicans and Democrats in Congress to fully legalize dietary cannabidiol products and marketing.

However, Bernie Sanders’ recent admission that federally legalizing cannabis will be a 100-day priority if he’s elected may also influence the future. The FDA’s five million dollar raise will only happen if Trump’s reelection campaign is successful.

This could imply that if he wins, the FDA will consolidate power and have more rights to prosecute smaller CBD companies that don’t have pharmaceutical backing.

States Take Regulations Into Their Own Hands

One compromise might come in the way of legalizing hemp by licensing hemp farmers. In Louisiana, agricultural officials have already started issuing hemp licenses to farmers, as well as other distributors like processors and transporters.

Only three states so far have been federally approved for hemp production. Louisiana’s new CBD licensing policies legalized 1,500 stores across the state. If cannabidiol is not federally legalized will states take the matter into their own hands – and if so will the FDA support state rights?

Meanwhile, imaginative distributors continue to get creative and come up with non-dietary ways of bringing CBD extract to the public. Cannabidiol massage is taking off in New York. Chillhouse, a massage parlor, has started incorporating CBD oil into their regular massage treatment for a premium.

Massage therapists do seem to have strong opinions on CBD’s effects, unlike FDA researchers. “CBD oil has natural anti-inflammatory effects,” says a spokesperson for the parlor, “that can more effectively soothe sore muscles and joints, which makes it great for massages.”

Anecdotal evidence for CBD’s beneficial effects never stops spreading. Celebrities not only endorse CBD but start their own production companies in hopes of legitimizing it.

Singer Tony Braxton went so far as to say CBD helped treat her symptoms for Lupus. The Grammy-winner says the disease has limited her singing career ever since 2008.

“I was really achy one day. I’m looking under my bathroom sink and I found a product I had been gifted called Uncle Bud’s. I put it on, and 20 minutes later I was like, ‘Oh wow, I feel better.’”

While no conclusive studies have been done on lupus and cannabis, in theory, the anti-inflammatory and pain-relieving effects of CBD oil could alleviate Lupus symptoms.

The government’s official stance on CBD remains unchanged. They consider it an unsafe drug that must not be used as a dietary supplement for humans or animals – until their indefinitely postponed research finishes.

Their entire defense is that CBD companies have no standards for what’s in these dietary supplements. Many news teams have “investigated” infused products from unscrupulous vendors and have found them lacking. In some cases, the actual CBD content was little to none.

The CBD industry has responded favorably, usually commenting that manufacturers and distributors would support government regulations, especially since Congress members have been very clear in showing support for new dietary CBD products.

CBD companies urge consumers not to buy just any CBD product from any company, but to research the drug, the manufacturing process, and the company’s history. Asking the right questions of a supplier could help evaluate reputation, as the Spokesman reported:

Former Surgeon General on CBD Board of Advisors

Finally, we see unlikely alliances continue between former government agents and CBD companies, this time a certain Richard Carmona, an ex-U.S. Surgeon General. Joining Kadenwood’s advisory board in 2019 was a matter of principle as he states:

“I received many calls from CBD companies to be an advisor. Kadenwood was the only group willing to adhere to my requirements.”

In so many words, he requires ethical promises that children would not be targeted, that the public would be protected from any known risks, and that no false or non-scientific information would be spread.”

He continues to support research for CBD to find preventive and therapeutic benefits.

Maybe the future of cannabidiol and other cannabis companies lies in making peace with government agencies and deciding on a compromise that benefits everyone.

Colgate and Martha Stewart have joined the CBD industry, ready to launch their own product lines.

The FDA asked for an additional five million for research but mainly “enforcement.” Trump’s new budget appears to give more power to them, in defiance of Congress.

The presidential election for 2020 might be the next chapter in CBD industry news, especially if the Trump administration sides with the FDA.