CBD is So Popular It’s Scaring the Government 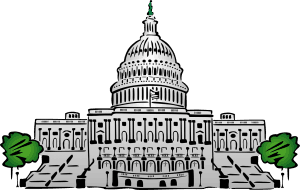 CBD-infused products are so popular with the public, the drug is starting to scare government regulators and researchers alike. Republican Senator John Spiros states, “I think today it has gone way too far. We passed the law…but I didn’t think we’d have CBD available in a store that rents out videos.”

While government officials foresaw a future with cannabidiol prescription drugs, legal hemp products like infused beverages or topical oils have unleashed a new market: natural remedy CBD. Despite the lack of intoxicating THC content, people are using CBD products recreationally and medicinally – all without the approval of the FDA.

Even researchers are second-guessing whether CBD’s healing properties have been overrated – a stance mirrored by FDA Acting Commissioner Amy Abernethy. However, Cecilia Hillard of the Medical College of Wisconsin, says that while there are aspects that “haven’t shown much effect”, in early trials, CBD has at least demonstrated anti-inflammatory properties.

Much of the research is either anecdotal or is so across the board (i.e. suggesting CBD can treat schizophrenia or heroin addiction) it’s difficult to pinpoint a conclusive medical trial.

The FDA meanwhile has been issuing warnings against CBD, suggesting that these products are “not safe”, nor proven to treat any condition. However, the CBD industry struck back, putting these warnings in perspective, suggesting the main problem was a lack of regulatory guidelines, which in theory, could help to keep products safe and accurate about content. With cooperation on both sides, more products could be manufactured in an FDA registered facility and meet stricter guidelines.

But at the same time, more groups have also been issuing cautions about CBD, falling back on the FDA’s statements, such as the National Consumers League, as well as government agencies like the USDA, United States Department of Agriculture.

Worse yet, all of this mainstream “cautionary” sentiment has only opened the door for more aggressive actions against the CBD industry, including lawsuits. Class-action lawsuits have suspiciously increased in recent months and four manufacturers have been targeted, including CV Sciences and Charlotte’s Web. If these lawsuits are successful, CBD companies would be forced to refund all profits back to CBD customers who were sold “illegal products.”

Many have described this scenario as “vigilante FDA regulations”, essentially declaring CBD (a legally produced substance) as an illegal product. A historic court ruling could not only make CBD health products illegal (which would be a silent victory for the FDA), but would also set a precedent for “copycat suits” which could target other health supplements that threaten pharmaceutical companies. It could quite literally wipe every CBD store and website off the map entirely.

Who would benefit from that ruling? The notion that CBD customers would benefit from a ban is deceptive, especially considering the industry has been practically begging the FDA to figure out a pathway for legal marketing. But their promised deadline (summer or fall of 2019) has passed and now Congress is joining the discussion – and likewise being ignored.

On the other hand, Charlotte’s Web and CV Sciences have called the claims “meritless” and also indicate the lawsuits may interfere with the task of developing regulatory framework, yet another delay in the ongoing process.

CBD users are still being harassed or persecuted, by police officials as well as employers. Customers in South Carolina, for example, could be fired or disqualified from employment if they fail a drug test. But if they test positive for THC there is no way to determine its source. This means they can be presumed marijuana users and fired or denied employment based on a random and possibly misleading test.

A spokesperson for the York County Solicitor’s Office says, “Law enforcement across the state is trying to figure it out.” As it stands, any positive THC sample, regardless of extenuating circumstances, is grounds for disciplinary action. Employers are still allowed to fire marijuana users in most states because of the questionable perception of constant intoxication or mental addiction. Even worse, now companies can fire CBD users – who do not experience any THC psychoactive effects – for essentially being “legally 0.4+ percent stoned.”

While the debate rages about CBD’s medical value, human beings are being treated as “human test rats”, and ingesting questionable products with inaccurate or missing labeling. This could expose users to

But while the mainstream continues to point the finger at the “illegal” CBD industry, consumers are beginning to understand the issue. The FDA’s stalling is hurting the customer, the person suffering from pain, and exposing them to unsafe and mislabeled products, all because there are no regulatory guidelines in place, nor do they appear to be coming any time soon.

As far as CBD popularity goes, it’s peaking according to customer surveys. Based on 195 million public Instagram posts, there is a 279 percent growth in CBD beauty products and a 146 percent increase in CBD food products for pain relief. According to research, consumer loyalty to CBD is also at an all-time and customers believe the products work, which explains continuing sales from the same customers.

Now whether that’s a placebo effect or anecdotal evidence, the point is customers are not taking these “cautionary” warnings from the media seriously.

Another survey revealed that 72 percent of respondents felt that the CBD products worked, providing wellness and health benefits, while 57 percent admitted they were using CBD instead of other wellness products. The same survey said only 29 percent of users felt they were “properly informed” on CBD’s properties, leading to the obvious question:

Why tell consumers that a product that appears to be working is probably not working?

The evidence of CBD’s anecdotal properties is everywhere, from treating patients suffering from Dystonia shaking symptoms, to showing promise in university studies, treating:

Some marketing for CBD is actually becoming more confusing, possibly in light of the FDA’s warnings, such as CBD-infused clothing or even a new CBD-infused mattress. The cover and infused foam are loaded with the drug, which in theory, would provide calm and comfortable sleep if the product worked. The substance could be absorbed through the skin though there have certainly been no studied effects of this hypothesis.

The future of the CBD industry is uncertain, though everyone agrees it’s a moment of truth for all the major players. For instance, in 2020, an estimated one in five hemp lots will have to be destroyed because of excessive THC content. The USDA has ordered that plants exceeding 0.3 percent THC levels will exceed the legal limit, endangering the farm. Farmers producing plants with above 0.5 percent THC levels would possibly be guilty of a federal crime.

Hemp farmers aren’t happy about the new rules, particularly since the USDA made it clear that only labs registered with the DEA, Drug Enforcement Administration, would be qualified to test for THC levels in hemp. This could imply the DEA will take a more hands-on approach in monitoring hemp farming, which doesn’t bode well for anyone.

No wonder some insiders predict that 2020 will be a challenging year for the industry itself. Brenda Verghese of Stratos in Colorado says the USDA’s new rules may destroy a number of CBD companies who cannot afford to pay the cost of meeting compliance requirements.

However, Ray Mazzie remains optimistic that this year will be the year the USDA and the FDA finally implement new regulations, benefiting the budding industry. Congress has certainly spoken on the matter and is in favor of the FDA expediting the process.

Whatever happens, it is important that advocates of cannabis products be vigilante and help support ongoing research for CBD. Be outspoken and expressive about sharing the results of these studies, as they happen, and keep up to date with the latest news so it can be brought to the attention of consumers. Ultimately, strong consumer support for CBD will be what fully legalizes it.

CBD’s popularity is scaring government agencies, including the FDA, USDA, and DEA, among others.

CBD popularity is at an all-time high, to the point that customers are being harassed by law enforcement and mainstream media for sampling and reporting CBD’s benefits.

Will the USDA join the FDA in suppressing CBD research and help destroy 1 in 5 hemp farms for the new year because of excessive THC levels? It’s all up to cannabis advocates to support medical research – which to this day, has only reported good news!

Previous Post Was Vince Vaughn high when he shook hands with Donald Trump in that viral video?
Next Post Athletes will use CBD this Olympics and here’s why