CBD Brings Congress and the FDA to a Stalemate 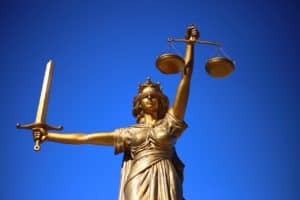 Congress has introduced a new federal bill that would allow certain CBD products to be legally marketed as dietary supplements. Nothing suggests the Federal Drug Administration will cooperate, however, since the agency spent all of 2019 cracking down on “illegal advertising” from CBD companies.

CBD companies are prohibited from making any claims of medicinal healing or treatment for their products. Stores breaking this new law have been fined and in some cases, store owners have had their licenses revoked.

The latest statements from the FDA have been far from neutral. They have warned the American public and CBD store owners that there are no “dietary CBD products”, or at least there shouldn’t be, according to federal law.

They have stated that CBD:

Speculation from the FDA, particularly former commissioner, Scott Gottlieb, indicated that it would take years, 3-5 years in fact, for cannabidiol to be properly studied and regulated. This did not sit well with Congress, which on January 15, 2020, released a bipartisan bill to amend the Food, Drug, and Cosmetic Act. This new legislation would reclassify CBD, specifically, as a dietary supplement.

If Congress gets its way, then certain CBD products would be categorized in the same way as vitamins, meaning they would be allowed on store shelves, without the need for strict medical studies. CBD products would no longer be treated as a drug, but as dietary supplements, eliminating the vigorous process the FDA requires.

The bill was introduced by Rep. Collin Peterson, who is also Chair of the House Agriculture Committee. If passed, the bill would require a study and report from the U.S. Department of Agriculture, on the regulatory guidelines and other market issues relating to the farming of hemp.

The policy change would especially be beneficial to hemp growers, as this particular strain of cannabis is predicted to be the next multi-billion dollar industry. Companies have beat the FDA to the punch, selling the legalized hemp in spite of the fact that the FDA has developed no regulatory guidelines for CBD-infused products, such as relaxation drinks or healing elixirs.

Congress actually admonished the government agency for the latter half of 2019, apparently upset about the FDA’s missed deadline for announcing a decision during the “last quarter of 2019”. Congress members, including Senate Majority leader Mitch McConnell, escalated the conflict by attempting to pass bipartisan support for new regulatory guidelines, and even temporary regulatory guidelines, to get the FDA to make a move.

Is It All About Money?

Previous bills focused on the creation of these regulatory guidelines so that CBD products could be legally sold, labeled and marketed. The new bill, however, goes one big step further – now the FDA would be required to allow CBD marketing since products would be recognized as dietary supplements. This would not only make it easier to sell CBD – it would also remove the roadblocks that the FDA and other government agencies have created.

The financial aspects of the CBD “cold war” is quite revealing. According to some Wall Street reports, CBD dietary products were calculated at a worth of 15 billion annually. The promise of a new market was also enough to tempt Coca Cola and PepsiCo into the CBD game, along with a dozen other brand name companies. That hemp business had so many powerful backers, like McConnell, brings up the question, why do government agencies and pharmaceutical companies seem to resist CBD’s popularity instead of championing it – giving it some leeway just as they’ve done with countless other products?

The real issue may be that the money CBD dietary supplements is bound to make will directly affect the profits of pharmaceutical companies, which are still marketing CBD-based medications like Epidiolex.

GW Pharma made just shy of 300 million from the CBD epilepsy drug Epidiolex in 2019 alone. The company also received approval from the EU to market the same drug in multiple European countries from 2019 and onward. In fact, sales of Epidiolex accounted for nearly all of GW Pharma’s profits last year.

This might be why there is a perpetual tug of war going on between the emerging CBD diet market and the established CBD pharmaceutical market. If the FDA and other government agencies approved CBD as a dietary supplement, it would take a huge chunk out of the sales of CBD prescription drugs. Some consumers might even abandon prescription medications like Epidiolex completely since CBD oils would be an affordable and easier choice compared to seeing a doctor.

Unfortunately for the FDA, vague statements about CBD’s unproven medical benefits are being debunked as new researchers finish their studies. Brazilian studies revealed cannabidiol’s effects on Parkinson’s disease, suggesting that after therapy (300 milligrams) the emotional well-being of patients, as well as their quality of life, drastically improved. Researchers also claimed that CBD “modulates brain regions related to stress and anxiety…and that it can be used as an alternative treatment for anxiety and Parkinson’s disease.

Anecdotally speaking, many people continue to sing the praises of CBD oils and infused foods, including most recently, Dukes of Hazzard actor John Schneider. He claims the dietary supplement cured his wife’s stage-4 cancer.

Alicia Allain claims the natural drug cured her cancer, which had previously been found on her legs, arms, ribs, and spine. On a self-made treatment program of CBD, hemp, and a few other minerals she began taking. Schneider became a CBD proponent following her remarkable recovery, which happened within five months after treatment started. One can only imagine the controversy that might happen if researchers could prove CBD cured cancer in trials.

While one might think suppressing this life-saving information is a far-fetched idea, the truth is that truth suppression is already happening on a smaller scale.

In many states, veterinarians are barred from sharing any opinions or even objective discussion about CBD products for pets. In Michigan, vets are not allowed to suggest CBD or THC products under threat of having their licenses revoked.

The success of CBD therapy (thanks to social media sharing and internet discussion of CBD’s benefits from consumers) has prompted new legislation that proposes to remove the “gag rule” and allow free discussion.

This comes off the heels of CBD studies showing that the drug helps calm seizures, anxiety, and even arthritis on dogs and cats.

What’s distressing about the situation is that the current gag order suppresses helpful CBD information, misleading many consumers to buy scam products or CBD pet therapies that are unsafe or incorrectly labeled.

Who is ultimately to blame for CBD suppression at this late stage? While many fingers might point at FDA commissioner Amy Abernethy or the Trump administration, or Big Pharma, ironically, the very first suspect one has to investigate is a familiar face indeed.

Senate Majority Leader Mitch McConnell’s past decisions have inadvertently created the present-day climate where it’s easy to stall, censor, and shun CBD under the guise of ethical responsibility. McConnell has notoriously blocked cannabis legislation in the past, not even letting moderate bills reach the floor.

The hysteria over medical and recreational marijuana has only helped to smear the reputation of CBD and hemp. It’s hard to deny that widespread acceptance of CBD and help must invariably be linked to the acceptance of cannabis itself. Without cannabis, that dreaded and feared plant, none of these medical breakthroughs involving cannabidiol treatment would be possible.

Congress is trying to pass a bill suggesting certain CBD products should be labeled as dietary products, bypassing the FDA’s rigorous testing process.

The FDA is still showing no signs of backing down and has reiterated its claim that CBD-infused products are “not safe” and lack scientific credibility for most proposed benefits.

WHAT TO LOOK FOR NOW

How will the acceptance of medicinal and recreational marijuana affect the overall perception of CBD and other strains that can be used for health improvement?

Masked bandit gives away ‘isolation essentials,’ including cannabis worth over $1k

Stoner rats not only get the munchies, they’ll start jonesing if you take away their weed

Marijuana users indulging more than ever amid coronavirus

Masked bandit gives away ‘isolation essentials,’ including cannabis worth over $1k

Stoner rats not only get the munchies, they’ll start jonesing if you take away their weed

Marijuana users indulging more than ever amid coronavirus